Sometimes I feel so silly. I swear, I’ve been nothing but dumb the past few weeks, and verbalising it and beating myself up out loud. Saying things like “I’m so stupid, I can’t believe I said/did/thought that.” I don’t know why I’m doing this. I want to call myself stupid for doing it. And I probably will.

For example. Right now I’m pretty tired and wondering how the hell I’m going to manage a full day in the office and then an evening out with friends tomorrow. Then I had to sit here and remind myself: “Oh wait, it’s the end of the day, of course I’m tired. I’ll get a decent night’s sleep (cats willing) and I’ll be good to go in the morning. DUH.” And if not, there’s always these guys: 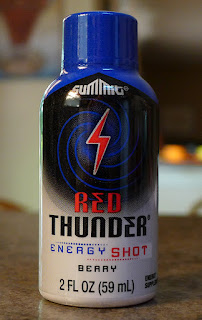 Coming off of a weekend that was 80% annoying and 20% OK, I’m kicking off a pretty busy couple of weeks. Workshops, working THREE freelance jobs, and commitments every evening this week, except tonight, but tonight I was working so….

But now I’m done working for the day. It’ll be time for me to bathe and head to bed soon, and I hope that the cats aren’t obnoxious so I can actually get some sleep. At least I’ll be at the place with the free apple juice and oranges. But I’ll probably spend most of my time in the free candy drawer.

It seems like I go through these times where I’m doing nothing but eating candy and playing video games, and then I go through times when I am so busy it’s a miracle I don’t have a nervous breakdown. Sometimes I wonder if I’ve taken on too much and I’m 99% sure I’m going to give up one of my commitments within the next couple of months. I don’t like to do that but I think I have good enough reasons:

1. I don’t really like it. I resent it when I have to do it, and I dread it when I see it on my schedule.
2. It’s volunteer, so I’m not even getting paid for it, although I am getting things in exchange for it. But I’m beginning to think it’s worth my sanity for me to just PAY for the things instead.
3. The resentment of *that* thing is spilling into other aspects of that life, and I don’t like that. Because most of the other stuff is just fine.
4. When I am busy, I am busy, and that’s the one thing I can always see sacrificing and being totally OK with it.
5. I’m picking up new paid gigs all the time. I’d rather devote more time to that.

I’ve been feeling off, and I wonder if that’s because of the Daylight Savings Time combined with Mercury Retrograde and also coming off the high of Disney World (I do know that I owe you some more trip report posts!)… all I want to do is curl up with a good book, chocolate, some chips, and a big glass of Tang.

And because I’ve been feeling off, I’m not resigning from that post just yet–it could just be a passing thing. We’ll see how it goes.

Right now, I feel like the depression is trying to take hold again and I’m too damn tired and overwhelmed to fight it.

BUT I’m going to see an old friend tomorrow night after working onsite for a client, and we’re going to eat in a very yummy restaurant. Also, Golden Boy will be recording for me on the TiVo. I get to go out to Naperville on Wednesday, and Thursday I’m going to meet a family I’m potentially going to babysit for occasionally. I’ve got the rest of the Twilight movies coming for me in the mail and I plan to have a marathon once I’m done turning in all my teacher training stuff. (THAT should give me the motivation to finally get shit done.) The official first day of Spring is 10 days away (even though you wouldn’t know it by the 30F weather and snow here), and it smells like popcorn in my apartment. And Fi has been curled up by my feet almost all day and evening. (I guess that tells you where I spent the majority of my day.) So there are GOOD things and I’m usually so good at focusing on them. It’s just been much harder lately for some reason.

Right now, I’m craving something warm and sweet and yummy and comforting. Like Cream of Wheat and bacon, or apple crumble. Also a hot bath. So I’m going to do at least one of those things.