About 6 weeks ago, I wrote a post in which I outlined some of the self-talk that goes through my head:

1. Shut up, just shut up. You’re so stupid and NO ONE CARES.
2. I bet none of them really like you. They only put up with you because they have to.
3. OH MY GOD you are so dumb. Seriously, shut the hell up.

Just a few of the examples I struggle with constantly. There’s more, believe me.

But recently, I’ve been showered with a lot of goodness. Here are some of the things that people told me the past few days:

· I really love seeing your face around here.
· You’re one of the few people I feel is authentic.
· How could anyone not like you?
· I had such a good time with you this weekend!
· I get so excited when I see we’re working together!
· I miss you so hard.
· So lucky to know this beautiful one (the caption under a photo, posted by a friend, of me and her).

Every beautiful thing that someone told me made my heart swell. I could hardly believe it. People really felt that way about me? I wanted to take every one of those sentences, bottle them up, and save the bottle for those days when I feel ugly, like I’m doing/saying everything wrong, and like I’m making everyone mad. Or, those days when I start wondering what I can do to stop people from being mad and me and/or possibly hating me.

But this is so important to remember…. 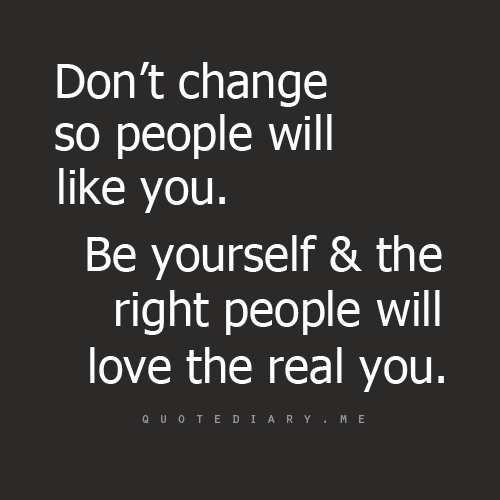 By being real and being me, the right people will love me, and I them. It all works out. I am so blessed.

It’s amazing how words can affect a person. I know that all the negative self-talk is no bueno. NOTHING good is ever going to come from being so down on myself. And when I think of how tingly and happy I felt when people were saying all those nice things about me, I wonder if I could recreate the same effect myself if I stopped talking down to myself all the time. 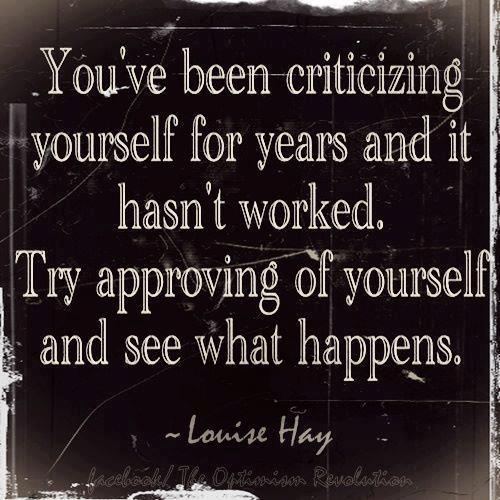 I started my new job last week, but so much went down even before that happened!

About a week and a half ago, Adam got his own car. A Prius. Which is good because I’ve decided that I’m going to drive to work rather than deal with taking two trains or a bus and a train. So now, we each have our own cars and he can go as he pleases during the day, and I don’t have to wake up at Oh God O’Clock in the morning to take public transportation!

The Prius takes some getting used to. It goes completely quiet at red lights, and there are all sorts of computery things on the dashboard and console. You turn it on by pushing a button. The first time we drove it off the lot, we were sitting there like “Uh, I forgot how to turn it on and make it go!” Ha. Adam’s an expert at it now. I think.

In celebration of that, I got my car detailed and also washed for the first time since 2006. I didn’t recognize her when I picked her up. Now she’s all clean on the inside. The outside is filthy again, which is why I rarely bother to wash it. The birds seem to think my car is the best toilet on the street.

We had a houseguest but didn’t get to spend a lot of time with him because we all had so much going on. K was in town for C2E2, a media convention run by the same folks who run ComicCon. Adam had tours and concerts to go to. And I’d planned a girl’s day with Missy, had some Moksha stuff to do, and I was doing some onsite freelance work for VSA.

I started my new job and I like it. The morning commute is pretty good (15–20 minutes usually), but coming home takes twice as long as getting there. This seems to be a Chicago thing; my friend Jen says the same thing happens to her. It’s kind of annoying but I play my music and make sure I use the bathroom before I get in the car. If the red lights weren’t so… stupidly timed, things would flow much better. It’s easy to lose patience and get frustrated when I’m sitting at a red light and the light on the very next block is green, but by the time MY light turns green, the light on the next block turns red. Not *is* red, it *turns* red. This also backs up the traffic at the green light I’m sitting at, because all of those people can’t move because their light is red. I don’t know who designed the traffic light systems in Chicago but they need to be slapped.

I’m driving just about every day now, though. When I first moved here, I didn’t like driving here at ALL but I’m getting used to it. Though I still don’t want to drive downtown.

Oh right! I got certified!

I know you all remember last year, when I was kind of freaking out about starting teacher training. And then I started and got overwhelmed and fell in love and hated it also and had all sorts of roller coaster emotions and situations come up. But I got through and I got certified and wow, it feels awesome that I did something like that. I’ve made some amazing friends, got to study with amazing teachers, and I learned a LOT about myself, about yoga, and the world.

What an incredible journey.

So of course, the week that I got certified is the week I got offered a job at an educational publishing development house. Now, anyone who’s known me for any amount of time knows that I’ve been editing/copy editing/proofreading for years now. I’ve had the pleasure of editing fiction, coupons, billboards, tee-shirts, letters, direct mail… you name it, I’ve probably proofread it or a variation thereof. But, as far as editing goes, my first love was/is always educational publishing. And this job–it really came out of nowhere. And I’m glad to be there. It’s a good team. It’s just funny how I finish up my teacher training and get offered a job in another field I love instead. I see you, universe!

I wore this on my first day: 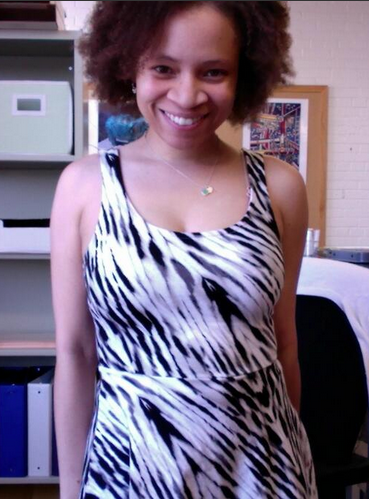 What do you think? I’ve decided that I’m obsessed with that style of dress and would love to get more…if they go back on sale, like this one was.

Here are the other things I’ve been up to:

· I tried hot yoga for the first time last Wednesday. I sweat so much that my clothes were still soaked the next morning. Jen told me that I’m supposed to ring out the clothes before I throw then in the laundry basket or whatever. Now I know. I don’t know how I feel about hot yoga. It was 95F in the room. I felt like my heart was going to burst out of my chest, it was pounding so hard. The instructor said that was normal. Other people said it’s not. I didn’t feel like the heat made me stretchier, but I may have been expecting too much in that area. Maybe I’ll like it better if sweat isn’t dripping in my eyes, which means I need to get a headband or something. Or if it’s winter. We’ll see. I don’t know if I’ll go back before then. Which is fine. Winter can take its time coming back. Actually, I’m not completely convinced this year’s winter is gone yet.

· I resigned from the workshop management position at Moksha. Figured that with working full time, still doing freelance, still doing work-study for Moksha (gotta get my free classes!), plus you know, having a family and all, that something needed to give! It was going to be too much. But I still have workshops to work until the end of June, unless I can get subs.

· Worked two workshops and they weren’t bad. Mia’s tantric restorative was really amazing and then Reshma and I went to King Spa after. There, we ran into Jen! It was such a good time. I got a body scrub and got to enjoy my favorite Ochre room. Mmm, Ochre room. And Saturday night, I worked a kirtan. That ended up actually being a lot of fun, and kirtans are kind of labor intensive. But it worked out well, and I had a good time and got to spend time with fun people.

· The good thing about being so busy now is that I’ve not had much time to play Facebook games. I’ve been wanting to quit them for a while, so maybe I finally can.

· Rereading DIVERGENT by Veronica Roth. Because you know, they’re filming that movie here in Chicago and Theo James is in it and although it’s unlikely I’ll run into him (he keeps coming within 1/2 mile of my apartment for various things, though), I still plan to see the movie and support him because he’s one of my favorites. Plus, I remember enjoying the book on the first go-round. I think I rated it 5-stars on Goodreads. Next on deck is TILT by Ellen Hopkins.

· Making final plans for Disney World. Only 26 days away! We’re all getting sooooo excited! I’m debating whether or not to use a car service or stick with my original plan of using Magical Express. My friend Missy is dead set against me using a limo, in light of recent events in San Francisco. A town car just seems too…too. I’m not a fan of big ass SUVs, even if it is an Escalade, and I am DEFINITELY not getting a van! But the pros are that if I use a car service, we get a grocery stop and we don’t have to leave Animal Kingdom so early on the 7th. So… I need to decide which kind of car I’d want. The SUV is the most practical, to be honest, because none of us are light travelers and the extra room would be nice…but it’s an SUV and they’re ICKY. Aidan would truly get a kick out of the limo; I’m pretty sure he’s never been in one. It would be convenient and fun. BUT… Magical Express is so cool, too!

Anyway, that’s enough for now. I need to start getting ready for bed. I have to be… NORMAL and stuff. Sleeping at night and being up in the day. What is this madness? I still struggle in the mornings, but tea helps.

OK, till next time.