i confess… i also dance to disney parade music. yes, i bought the actual CDs and i put them on and dance to them. i am so cool. i confess… i listen to yanni and i like it. in fact, i also like kenny g. what?

i confess… my father used to play the blues all the time when he’d drive us around. i’d pretend i hated it but i secretly liked some of it. except for the guy who used to snort. he was disgusting. i think it was bobby blue bland who did that. gross.

i confess… i stole my father’s george michael tape, his karyn white tape, and his david sanborn tape. my sister stole his bobby blue bland and bb king tapes. she embraced the blues a lot earlier than i did. i fought it for a long time.

i confess… that adam and i have been listening to a lot of country music lately. we like to count how many of them aren’t about the following things: beer, small towns, creeks/rivers, and/or cheating. we could totally make a drinking game out of this.

i confess… even though i tell myself i’m not going to, every time i go to half-price books, i end up checking out the 50¢ cd section. because honestly, if i pick up a CD for 50¢, and it has ONE good song on it, that’s still an entire CD that’s cheaper than anything i can get on itunes! and last night was a gold mine. they had mariah carey and britney spears and the beastie boys and the twin peaks soundtrack and some maxi singles that i never even knew existed. i was so excited to get mariah’s first album on CD. because of course i had it when it was new and popular… but it was ON TAPE. now i can listen to it in my iPod or on my computer. yay.

i confess… yes, i still like to buy CDs. i just got n*sync’s greatest hits from best buy the other day for $5. i know everything’s going digital and CDs are being phased out. the poor CD section at best buy is only an aisle and a half now, and there are a lot of “bargain” CDs. but i still like to open the case and flip through the liner notes and put the disc into my computer’s disc drive and import the songs into my iTunes, and then onto my iPod. and new CDs smell almost as good as new books or binders with PVC in them. i know, it’s weird. i confess… even though i still buy CDs, i do love music downloads. i have a monthly subscription to emusic, i regularly buy music from iTunes, and i am always checking out whatever free downloads are offered, usually from new artists. (amazon, itunes, and last.fm all have loads of free downloads that are totally legit and some of it is really great stuff.) i used to get all of them before i discovered the nifty “preview” button. i love how convenient downloads are. it’s like when i used to be able to buy a single instead of an entire CD, in case the CD sucked (and back then, they were way more than 50¢ let me tell ya–some of them are STILL nearly $20. what?)

i confess… one of my favorite things about a new year is wondering what new music i’m going to hear and discover. and what old favorites i’m going to rediscover from my vaults. like this mariah carey CD. i’d forgotten how much i used to love “vanishing” and “it’s all in your mind.”

i confess… i adore this gif of the president listening to music. it makes me smile. i wonder what he’s jamming to? i find myself bobbing my head and smiling just like he does when something i like comes on.

i confess… shazam and google. a heavenly combination when you hear a song you like but have no idea what it is? shazam will listen and tag it for you. or you can type lyrics into google and more than likely a youtube video will come up. genius.

i confess… i used to segregate music pretty good in my life. when i was little, i listened strictly to kids’ records until i fell in love with michael jackson. then it was mostly him (with a little bit of prince, and lionel richie thrown in). let’s be honest. i mostly listened to r&b when i was younger and would not, could not stray from that. when i got to intermediate school (like middle school but only grades 7 and 8), i listened to keith sweat, guy, dana dane, mc lyte, pebbles, babyface, etc. i would not listen to white people sing (unless it was george michael apparently). i just refused. i even watched the video for “please don’t go girl” and predicted that “those white boys wouldn’t go anywhere.”

I FELL IN LOVE WITH NEW KIDS ON THE BLOCK. i mean, obsessed head over heels wallpaper the walls buy all the things TAKE ALL MY MONEY AND MY MOTHER’S MONEY TOO PLEASE in love with them.

there are pictures. of me. covered in nkotb gear. buttons. sweatshirt. watch. earrings. i was a hot mess. 16 year old me
with my favorite music people
on the wall behind me
{notice pandernoodle?}

and because i had to watch or listen to the “white” stations to hear them, i started listening to other music by other artists. i remember hearing the guitars in an amy grant song and feeling like i was betraying myself or something. AMY GRANT you guys. also, music was starting to really cross over. white kids were listening to envogue and bobby brown and mc hammer. it was starting to be ok to listen to music outside of the color lines. oprah even did a special on it. i still have it on tape. eventually, i started to get over the musical segregation rules i’d put upon myself (or maybe society thrust them upon me?), but things really changed for me when i got to college and saw black kids listening to stone temple pilots and n.i.n., and sincerely enjoying it with no shame. and that’s when i finally embraced my own musical leanings full heartedly. 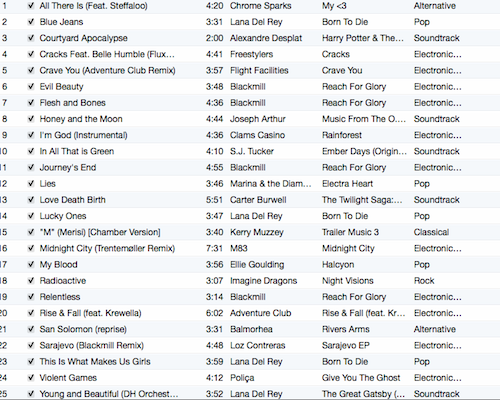 Music is powerful. For me, it’s more about the beat, melodies, the vocals, and the way it makes me feel rather than the lyrics. But I like music, and I am so glad I live in a world where there is so much to listen to, and so much to discover.

4 Comments on i confess part 3 {the music edition}