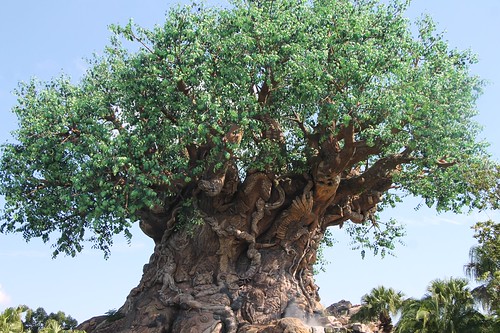 Our first day in the Disney Parks was Animal Kingdom. It used to be Magic Kingdom always, but I think the crowd calendar or dining reservations or something factored into my decision to start with a different park this time. It was a fun, but short day, even though Animal Kingdom stayed open until 8pm that day. 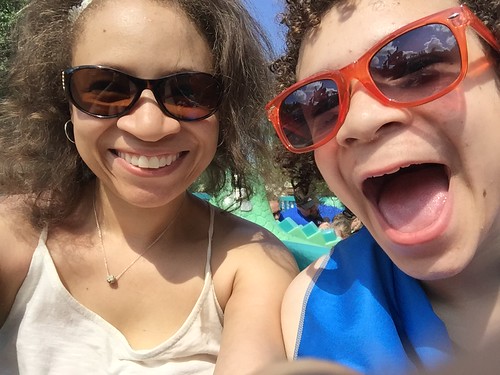 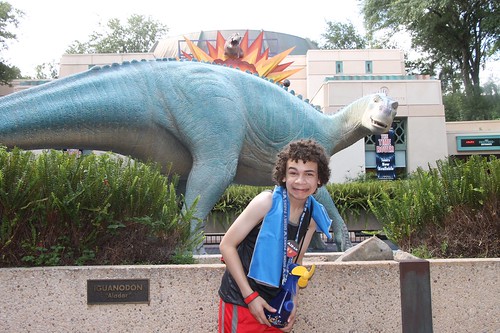 We got there and immediately headed over to the dinosaur section, where we hopped on to Primeval Whirl and Triceratops Spin. Aidan was excited to ride Dinosaur again. That ride is fun but it has a lot of jump scares which I am not a fan of, but I’ll take that over Tower of Terror any day (which I used to LOVE). 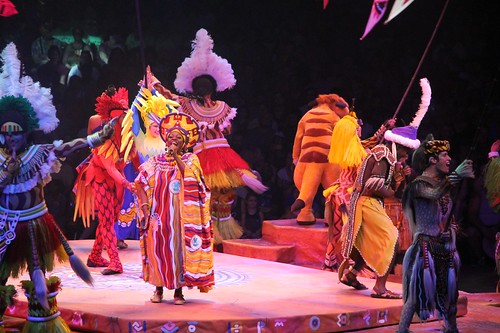 He didn’t want to see the Finding Nemo show (“I don’t like musicals”) but I dragged him to The Festival of the Lion King because I wasn’t going to miss it. He liked it. We ate Pizzafari for lunch, went on the safari, and took the train over to the Conservation Station where I made him hold the elephant poop. 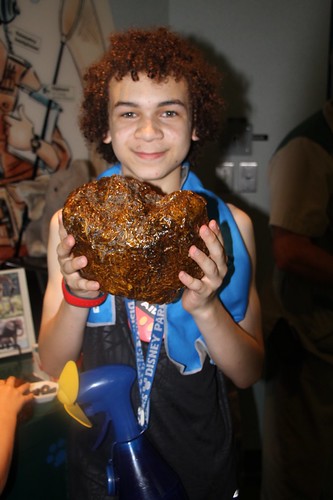 We watched the Flights of Wonder show and that was really cool. I’d never seen it before. I got selected to sit on stage with my camera and *try* to photograph the owl coming at me. I couldn’t do it. It was fun being on stage though!

We had a minor emergency! After using our FastPasses for a second go-round on Primeval Whirl, we marveled at how much faster and spinnier it was compared to that morning. We walked along and I noticed that Expedition Everest had a 10-minute single rider wait. Aidan has no interest in riding that coaster, but it’s one of my favorites. He sat down to play on his phone…and there was no phone there. He’d had it before we got on Primeval Whirl, so I deduced it had to have come out in there. Back to Dinoland USA we went, and we talked to some cast members. Sure enough, they found his phone in one of the cars. The ride was so much more spinnier it spun the phone right out of Aidan’s pocket! But we got the phone back and all was well! And I got to ride Expedition Everest with only a 5-minute single rider wait.

Animal Kingdom is undergoing a lot of renovations, so a lot of what makes the park so beautiful was masked by tall fences and signs. There were some pretty parts, though. 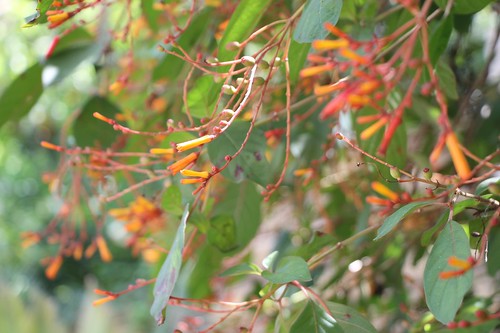 We didn’t have a very long day at Animal Kingdom. We did everything we wanted to do, and I had a phone call scheduled, so we made an early day of it. It was a super fun day, though. Not too tiring or overwhelming. After my call, we hung out at the resort. I sunbathed by the pool and sent Snapchats. Then at 7:30, I watched the Movie Under the Stars (which was Wall-E) and ate a turkey sandwich and Doritos. It was a relaxing night. We knew we’d need to rest up for Magic Kingdom the next day! 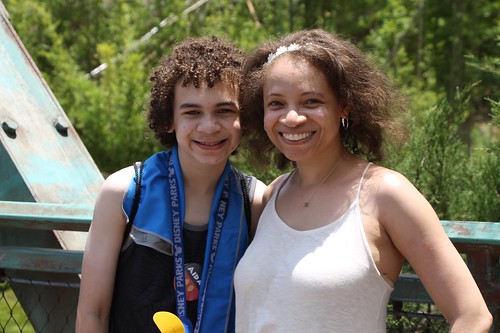 So obviously, my next vacation post will be about Magic Kingdom! So, till next time!