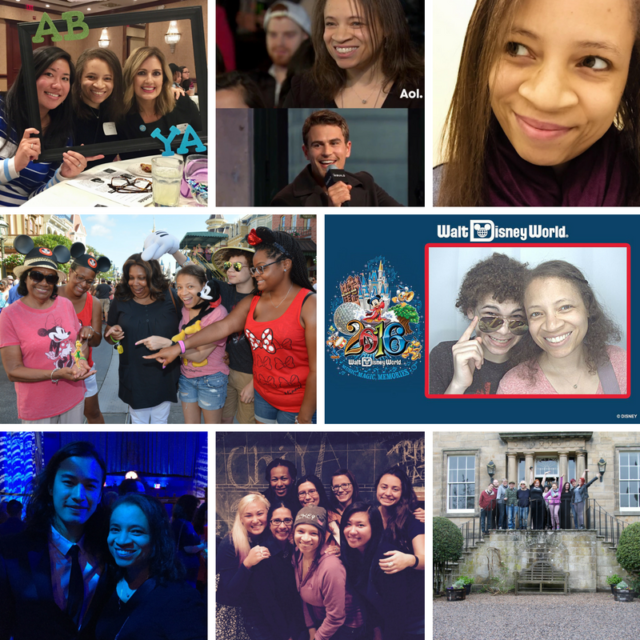 The world had a rough 2016. A lot of sadness, loss, and pain. I grieve with the rest of us over the hard things that have happened, and hope for healing and love. Sadly, I have a lot of fear for what’s to come, but since this post is about looking back, I won’t go into it here.

For me personally, I cannot complain. I worked a lot, but I never worried about money. I was able to have once-in-a-lifetime experiences (although I’d like to, and plan to, make some of them happen a lot more!), and I got to travel to New York City, Disney World, and Scotland, make new friends, and improve my writing.

What did you do in 2016 that you’d never done before?
– flew first class
– attended a red (black) carpet event
– attended a movie premiere
– attended a celebrity-studded after party
– attended the New York City Teen Author Festival
– traveled out of the United States
– visited a castle (other than Cinderella or Sleeping Beauty, although I did visit Cinderella Castle this year as well)
– slept in a mansion
– went on a writing retreat
– got hypnotized
– attended a con party
– spoke on a con panel
– attended chambanacon
– got a mammogram
– ROLL PODS!

Did anyone close to you give birth?
Well, I don’t know her that well yet, but the new wife of my cousin gave birth to the most adorable baby boy. 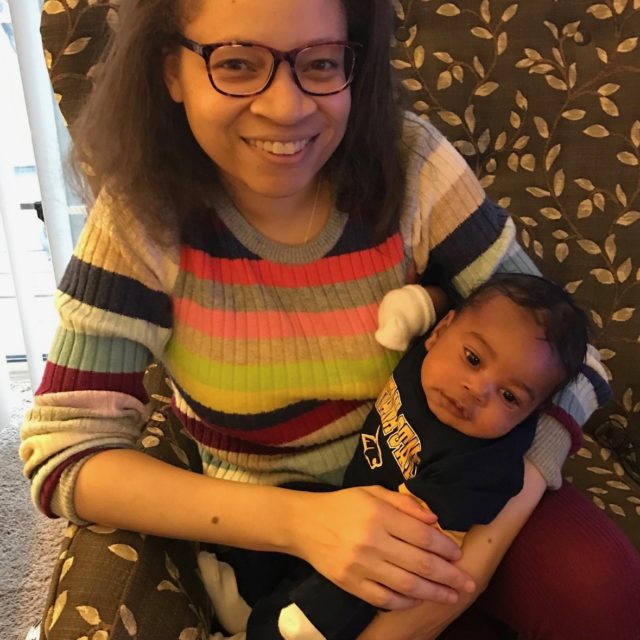 Did anyone close to you die?
No. Thank God.

What countries did you visit?
– Ireland (for a layover, 2x)
– Scotland 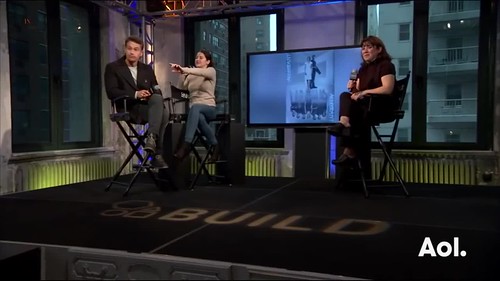 – March 14: I met Jordan Rodrigues!!! I loved him on Dance Academy and on The Fosters, and he was sooo amazingly nice and great to talk to. He’s a really cool guy and I wish him the very best. 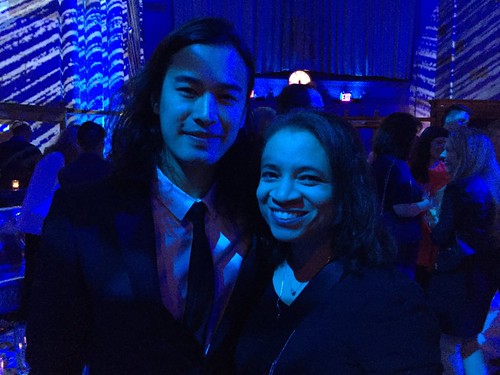 – March 14: I attended a movie premiere and all sorts of cool stuff came with that experience 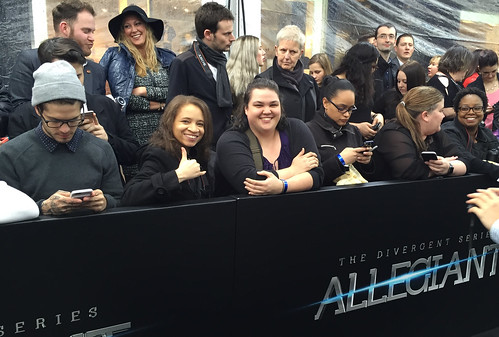 – May 13: I finally made it out of the United States 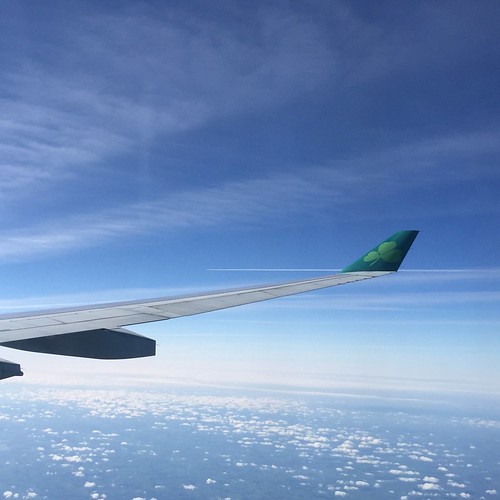 – August 15: Got to fly first class for the first time and loved it, of course 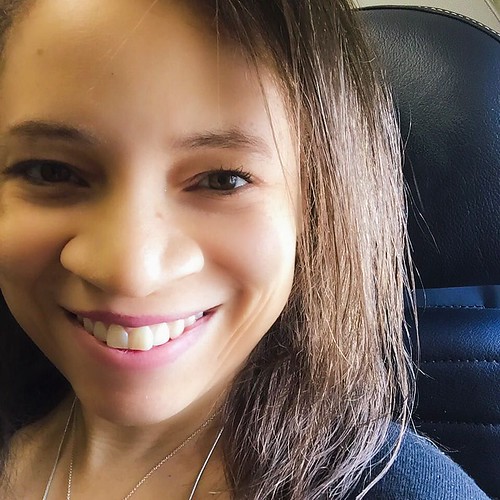 October 8: The day I met the lovely Jennifer Niven and we discovered we were friend soulmates forever. My world shines brighter because she’s in it. 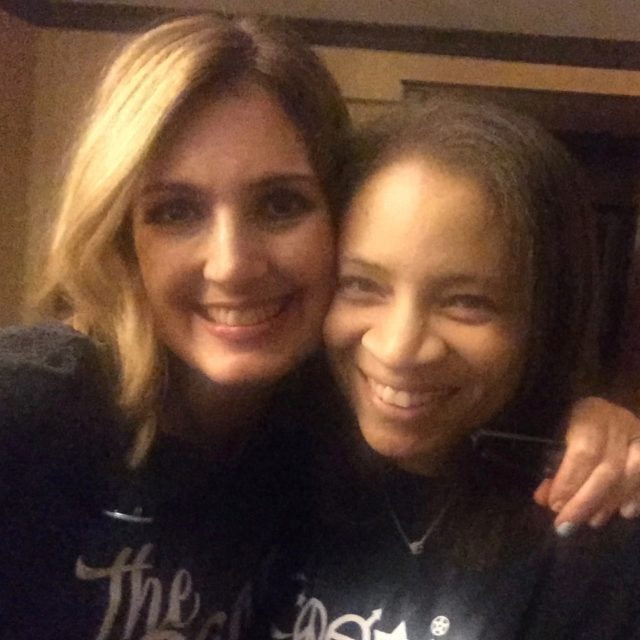 What was your biggest achievement of the year?
Finally making it to another country! And I did it all by myself, only had one panic attack and got lost once, but I survived and loved it. So excited to do it again someday soon.

What was your biggest failure?
Keeping the apartment clean. EPIC FAIL on that one.

Did you suffer illness or injury?
– got a couple of colds, but they didn’t last very long
– depression and anxiety got a bit out of control, so I started therapy and being much better about taking my meds
– fibroids grew a lot, necessitating the need to schedule a surgery (for early 2017)
– anemia (due to the fibroids)

Where did most of your money go?
travel, clothes, purses, toys, books, and gifts

What do you wish you’d done more of?
– ***writing***
– yoga
– moving my body in general
– learning
– traveling
– journaling
– connecting with my friends

What do you wish you’d done less of?
Spending time on social media. It’s a great way to network and make friends, but it also takes away from my writing and productivity. I need to find a better balance.

What was your greatest musical discovery?
– Halsey
– Låpsley

What did you want and get?
– to talk to Theo James

– a trip to New York City
– a trip to Disney World
– a trip to Scotland
– a new Prada purse
– a Kate Spade bag (I got 2 actually)
– LuLaRoe leggings
– a new computer
– new writer friends, near and far 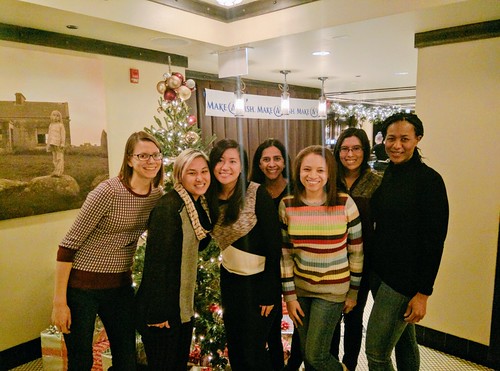 (I love the striped sweater OK?)

What did you want and not get?
– MORE AIDAN TIME (there is never enough)
– to talk MORE to Theo James
– to see the Statue of Liberty, the Cloisters, and the High Line in NYC
– a major book deal
– a visit to Morton Arboretum

What did you do on your birthday, and how old were you?
I turned 42. (Seriously, how am I 42?) I spent the day working, then I went out to dinner at Sakura with Adam and Aidan.

What political issue stirred you the most?
– Black Lives Matter
– the election
– the Dakota Access Pipeline

Tell us a valuable life lesson you learned in 2016.
Change comes slowly and painfully, and resistance is real and strong, especially when some people think they’ll benefit more from the status quo no matter how much it’s actually hurting everyone.

How would you describe your personal fashion concept in 2016?
– Yoga clothes: leggings, tanks. The brighter the better.
– Skinny jeans and boots.
– Denim jackets, yes please.

What one thing would have made your year immeasurably more satisfying?
Signing with an amazing literary agent

Compared to this time last year, are you:
i. happier or sadder? happier
ii. thinner or fatter? the same
iii. richer or poorer? richer

In 2017, I’m looking forward to:
– being recovered from my surgery
– the Writing Cross-Culturally Workshop
– domestic travel (mostly to visit friends)
– international travel
– another Disney trip
– writing a new book
– more yoga, and getting back to barre
– new music and books
– seeing Aladdin on stage
– seeing The Nutcracker for Christmas
– Beauty and the Beast in theatres
– Everything, Everything in theatres 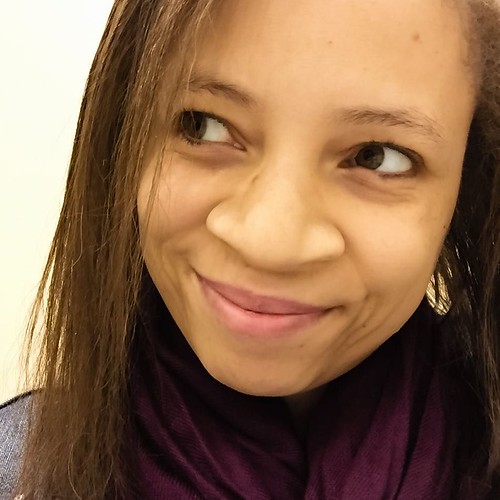 Wow, 2016 has been a doozy, hasn’t it? So much has happened, and keeps happening—on a global scale, a personal scale, a national scale. Sometimes it’s overwhelming. I have to step away and remind myself that I can’t, and shouldn’t, try to save everyone. I have to take care of me, too.

November was busier than I anticipated! I’ll break it down in list form. You know how I love lists!

– got sick a few times and had to take time off work either due to severe pain, and once for a stomach bug! neither were fun. at all.
– doctor diagnosed me with anemia and prescribed me iron supplements and red meat. the anemia explains my obsession with crunching on ice (rumored to be a pica for people with iron deficiency), why I’ve been so run down and well, maybe even why I’m so bloody cold all the frakkin’ time.
– attended TWO cons. windycon the weekend of November 11–13 and ChamBanaCon the weekend of November 25–27. had a great time at both. met really cool people, ate really good food, and had wonderful conversations. plus, ChamBanaCon had bananas all over the place. plush bananas. banana artwork. bananas bananas bananas. my only regret is that I’d never come to the con before. 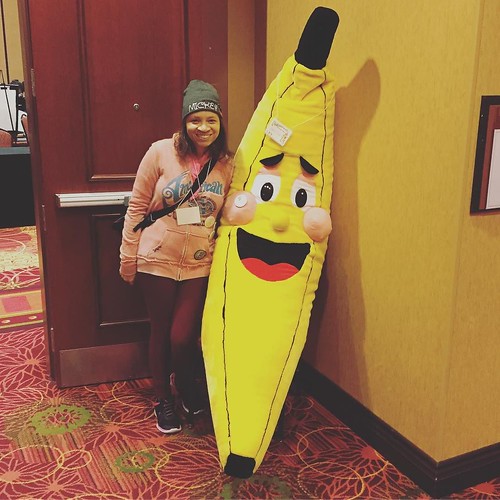 – got hypnotized for the first time and I liked it a LOT. not as entertainment, but as a relaxation exercise. it was very similar to meditating and yoga nidra. I really liked the floaty feeling, and also feeling like I had permission to deeply relax.
– got to be at a panel for the first time at a con! LOVED IT.
– Had the History Channel in my home *twice* filming Adam talking about HH Holmes stuff and some such. that was pretty neat.
– been keeping up with my therapy and medication.
– enjoying the work I do for Envision. a lot.
– started buckling down on Christmas shopping.
– had a low key Thanksgiving. worked in the morning, ate good food for an early dinner, napped and read, then went to the radio.
– hung out at the Pretty Late with Patti Vasquez radio show for a second Thanksgiving. So much fun!
– went Black Friday shopping at Kohl’s after the radio show, and scored some gifts for people, some fun things for me, and had a great time! 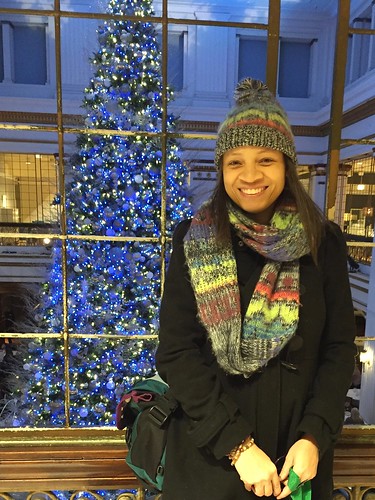 December is here, and it’s actually one of my favorite months of the year despite winter officially starting on the 21st. This month’s going to be on the busy side as well, with the following things coming up:

– a massage (praise the Lord please and thank you, so needed)
– a ChiYA brunch
– finishing up one of my contracts
– The Nutcracker
– doctor’s appointment
– my birthday
– Aidan’s birthday
– Christmas & all its accoutrements (cards, gifts, food, etc.)
– holiday travel (and seeing mommy!)

… and I know I’m forgetting stuff. Don’t feel like pulling out the ole planner to check.

I also hope to squeeze in some writing. I tried to do Nano this year. FAIL. That sort of furious writing rarely works for me. And it’s OK. We all have our processes. I would like to work on becoming more disciplined, though, so I can get more words out sooner. The sooner the writing part is done, the sooner the revising part can start. And I’m excited about the ideas coming in. I just need to focus and do it. JUST DO IT. Anyway, we’ll see how it goes. (plea to Universe: please have it go astonishingly well, thank you)

And I think that’s enough for now. Till next time…..