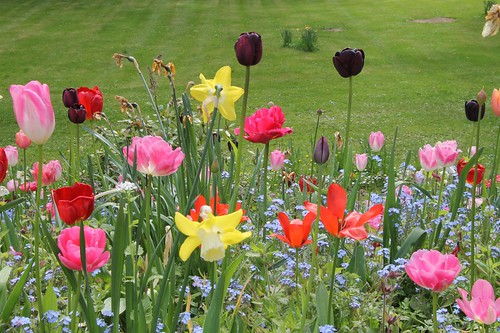 Anyway. You know me. Bullet points and gumdrops, so here’s a quick rundown of what I’ve been up to since that amazing time in New York City where I got to talk to Theo James and he talked back to me for 45 seconds.

· planned my 2016 Disney trip! I’m going with my mom, Aidan, my aunt Geneva, and my cousins Janae and Terri. Janae, Terri, and Geneva have not been and Janae (who just became the first person in our family to get a Master’s degree) is beside herself. My mom is super excited to ride Soarin’ again (even though it’s all new), and Aidan and I are excited in general because it’s DISNEY WORLD.

· worked on novel revisions, and got amazing feedback from a few industry professionals. Just waiting on one final sign off before I take next steps. Eeeek!

· started watching Once Upon a Time on Netflix and fell in love with the first season. Having a harder time with Season 2, with this Frankenstein stuff. I want fairy tales, not sci-fi, so we’ll see where it goes. My favorite characters are Regina and Rumple. LOVE them. Especially Regina. Everything about her. The way she speaks and carries herself. Her style, with the black and white crisp suits. Her makeup and hair. Her decor. I live for her episodes.

· which leads me to this point: I think I’m starting to like villains better than the people I’m supposed to be rooting for? I popped in a DVD of the show Popular the other night and was fangirling like crazy over Nicole, when I used to be obsessed with Sam. What is this madness? Truly, I always thought the people who rooted for villains were just doing it to be subversive, but I don’t know. There’s something appealing about the bad guys and their complexities. It started with Snape, then the movie Maleficent where I fell for her too. Interesting.

· saw the movie WAR ON EVERYTHING and loved the villain in that too BUT I suspect that had a lot more to do with the villain being played by Theo James (and the 45+ second shirtless scene of him walking through his mansion) than character study, but then again, I remember being fascinated by his motives and his mental process and what drove him to be the way he was. I mean, you all know I love the man’s acting. He gives his characters such nuance and he did an awesome job in that movie.

Michael Pena, one of the stars of the movie, was at the showing. People were making a big deal. I asked a publicist if Theo was coming and he said no, but he’d tried to get them all. I wonder if it would have been nearly as laid back if Theo was there. I would hope so. He’s not that well known outside of Divergent circles and hardcore fans, which is a shame but which is also nice.

· the biggest thing though was that I WENT ABROAD! I finally left United States soil and went to the United Kingdom, where I spent a lovely week in a Scottish mansion drinking endless cups of tea, hanging with writer friends, listening to gorgeous accents, eating loads of snacks, being cold almost all the time, sleeping in a room fit for a princess, and writing and exploring. It was amazing and I am so proud that I did it. I was so nervous but I did it, and I cannot wait to get back over there. 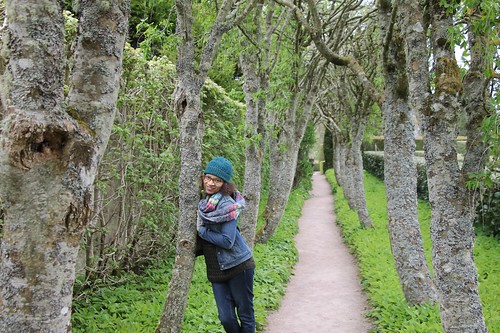 me in the wall garden at Cawdor Castle, Scotland 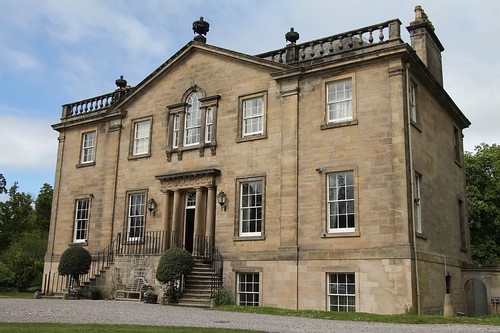 Dalvey House, my home for that week 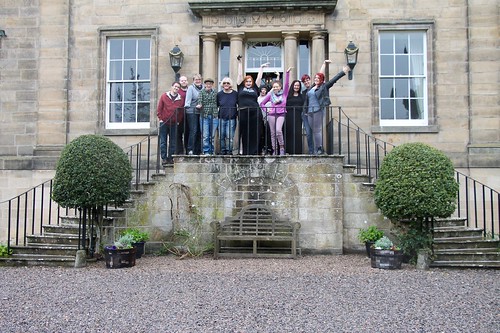 These AMAZING and GORGEOUS people 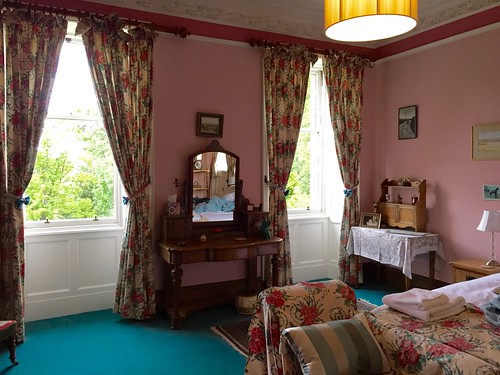 Where I slept every night. I KNOW RIGHT? 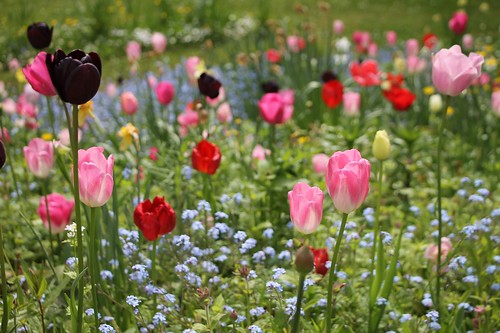 So. Many. Flowers. *heart eyes* 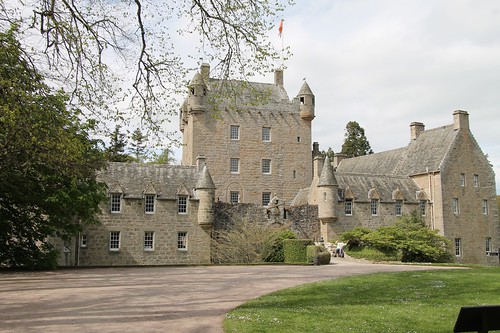 And there are more pictures where those came from! [LINK]

· thought I missed the lilac bloom this year because of Scotland, but nope! They waited for me! And they smell heavenly.

· preparing for Aidan’s summer vacation! He arrives June 2 and I am so excited. Cannot wait to see that guy. His room is a hot mess. There is one part I will fix up, but the LEGOs all over the floor? Not. Touching.

· finally listened to Hamilton all the way through and I get it. It’s amazing and it gets stuck in my head like RENT. One of these days I’ll see it. Maybe when the demand dies down a bit. That could be ten years, though. :O

And I think that’s all for now.

Probably the next time I write will be post Disney trip, ha ha. Till next time!