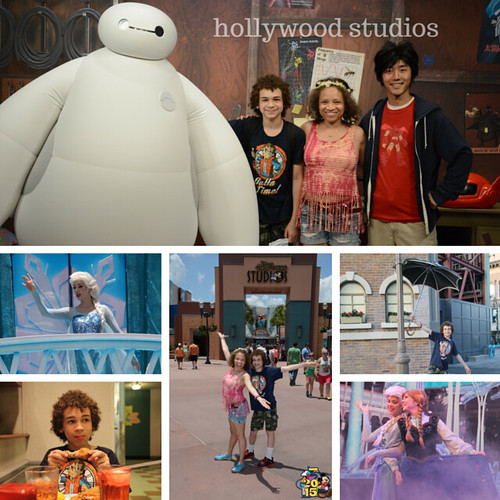 Aidan and I spent one day at Hollywood Studios, and it was a great day. We skipped Toy Story Midway Mania and Tower of Terror (which gets a resounding HELL NO from Aidan), but I got to do Rock’N Rollercoaster (yay single rider!). We shopped and watched the Muppet show they have there, and met characters and ate and rode Star Tours a LOT. We also rode The Great Movie Ride, which has a super long line all the time now for some reason. Thank goodness we had Fastpasses. The ride has been redone a bit, maybe that was the draw. Anyway,

We met Baymax and Phineas & Ferb and Goofy! Doesn’t he look dapper? 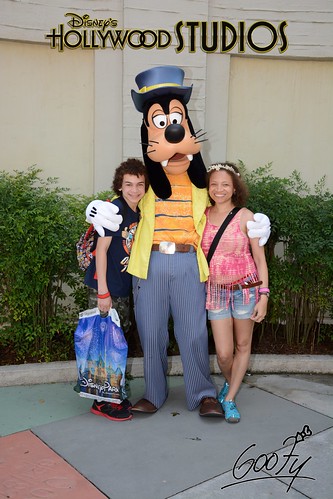 We hung out and acted silly. 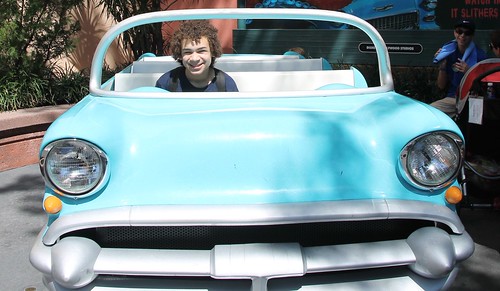 And we drew a picture of Mr. Frederickson from Up! Aidan’s looks professional. Mine is HUGE. 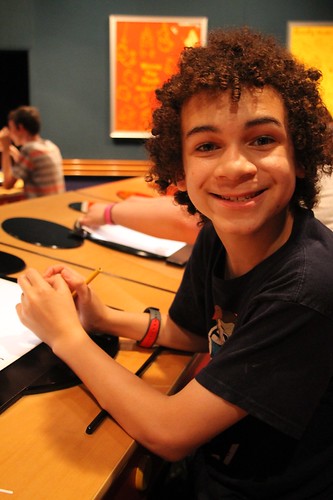 Hollywood Studios may as well been called Frozen Studios. It was All Frozen, All The Time. I don’t mind Frozen. Aidan is not a fan of it. At All. 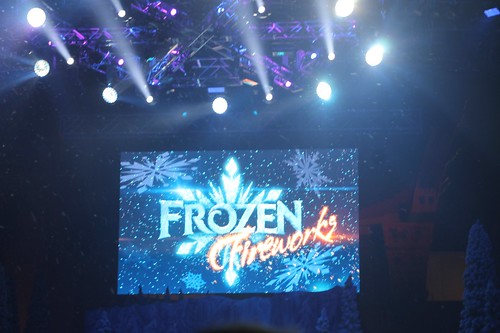 There was a Frozen clavicle, where they stopped and sang Let It Go and skated around, wearing winter clothing in 90+ degree temperatures. There was also “snow.” It was so strange. We did the Frozen Sing-Along which was fantastic. The comedy bits were on point (there was even an Arrested Development joke!), and the singing was great. Let It Go again. Then there was the Frozen Dance Party, where there were remixed versions of Let It Go to dance to. I left all my stuff with Aidan and joined the dancers on the dance floor. It was super fun. Then, there were the Frozen Fireworks. Which were OMG beautiful.

After Frozen-time, we watched Fantasmic! which is always gorgeous. It was Aidan’s first time seeing it and he enjoyed it! 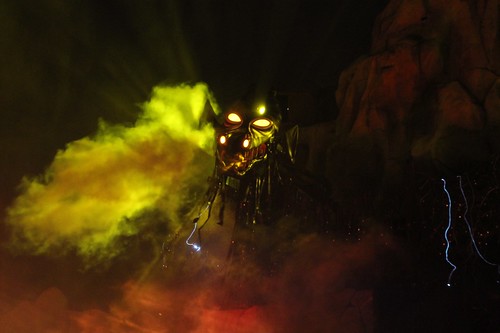 Hollywood Studios is usually a fun, easy park for me and Aidan. We don’t have rides we really need to hustle for if you go on the right day (and we did! the lines for Star Tours were never more than 10 minutes the whole day), and 50s Prime Time Cafe, where we had dinner, is always yummy and a good time. So many changes are coming to the park soon. I wonder what it’ll be like then?