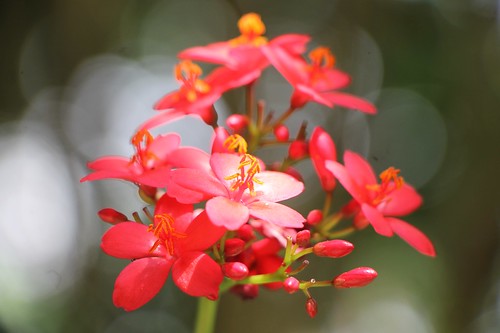 We had our first snow of the season, so I’m protesting by posting this beautiful flower.

I really don’t have time to be blogging. I’ve been doing the 9–5 thing at Humana 5 days a week, then coming home and doing 3–5 hours of freelance every night, plus revising my novel on top of that. No, I don’t need sleep, why do you ask?

Actually, I do need sleep and I haven’t been getting enough. I got 3 hours Wednesday night, so Thursday I was pretty much delirious. I try taking Benadryl at night to make me sleepy, and I bought some earplugs–but they only work when they’re perfectly sealed. The other night night, it took 20 minutes just to get one ear sealed and it still wasn’t very good. There has to be a better solution. I wish I didn’t need them, but my neighbors are so loud. The cats are loud. Adam snores if he is on his back. And if it rains, it sounds like someone’s beating the window with drumsticks because our property managers refuse to properly clean a gutter.

So, for many reasons, I am frustrated, tired, and cranky. Moon time is upon me, so there’s number one. Not only does it wreak havoc with my mental state, it also messes with my physical state. And I’ve been working so much. While very grateful for all this work (because YAY $$ and YAY for companies who trust me and call on me time and time again to copy edit their materials), working is pretty much ALL I have been doing for the past…I’ve lost count of how many weeks. Here is the bright side of that, besides $$ and it being work I typically don’t mind: I get to do most of it from home. When I’m home, I can listen to Spotify, which is great because Spotify tells me things like when a new Enya album drops (like one did yesterday!) and it shows me new music all the time. Spotify pretty much has my number when it comes to the atmospheric, intense, lyrical music I like, so its suggestions are often spot on.

I can also take naps during lunch if I need to when I work from home. That came in very handy October 9, when I had a sick migraine.

So, other than working like a working thing, here are a few other life updates:

1. Made a new friend from work. I used to, a long time ago, be adamantly against becoming friends with co-workers. Well, in theory anyway. I never really actually practiced that, except with certain people and at certain jobs. At all the major jobs I’ve worked, I’ve had at least one cool person to hang with and be friends on Facebook with. But this person and I get along so well, we have a lot of the same goals and she’s just super awesome. So, I’m really glad for that.

2. Got trained on new stuff at Humana (which is how I met the friend in #1!). It’s still intimidating, but for a while the editing workflow was so low that they were talking about reducing my hours. When it became known that Rena needed backup, I took the opportunity to learn something new AND fill my hours. So, I got the word that my hours are NOT being trimmed at Humana which is great because I like working for them. My boss, Ginny, is really good to me, and the person I sit next to when I go in to the office, Phoebe, is fun to talk to.

3. Received feedback from an agent and her reader about my novel. Lots of really positive comments but also some revision requests. Well, one BIG revision request. I mean, even though a “not now but maybe later” always stings a bit, it’s so much better than a resounding “HELL NO.” Or no answer at all, which always means “no.” And seeing as this was my first horse out of the gate since 2007, when I look at it objectively, It’s really not so bad. But when I look at it compared to where I want to be? I feel very disappointed in myself for not doing it right to begin with. All those people I was in the writing world with in 2005 have moved on and I’m still…here. I get really down on myself and my skills when I really think about it, and believe me, I am always really thinking about it. I worry, all the time, that I’ll be “almost but not quite” and every day I wonder why the hell I keep doing this, why I can’t let it go, and why do I torture myself when it’s such hard work with no guarantees? But I’m revising and getting feedback and revising some more and hoping that this book finds its place in the world in a big way.

4. I joined the blogging team at The Theologians! YES it’s a Theo James fan site, but it’s also so much more. I adore the two women I blog with, and it’s really fun to have people to chat with about Theo and his projects. Pop on over and check it out!

5. Speaking of blogs, Anywhere Is turns 15 on Friday. I don’t know if I’ll remember to post about it so I’m posting about it here. Can’t believe I’ve had this thing for 15 years, and have had a web presence since 1997. I guess when I really get committed to something, it’s long term. Even if I take long, long breaks from time to time.

6. I very, very briefly met Drew Barrymore at the end of October. She’s a sweet, generous person but there were fans at this event who were so out of line that I doubt she’ll do an event like that in Chicago again. I knew there were people who thought of celebrities as…objects? But to see it in person was appalling. I felt so bad for Drew. Maybe she is used to it, but she didn’t deserve it.

Anyway, I should stop. I’m blabbing into the ether here, and I have work to do. I am ready for two days off in a row–two days where I don’t have to go anywhere–but I don’t know if that’s happening any time soon. 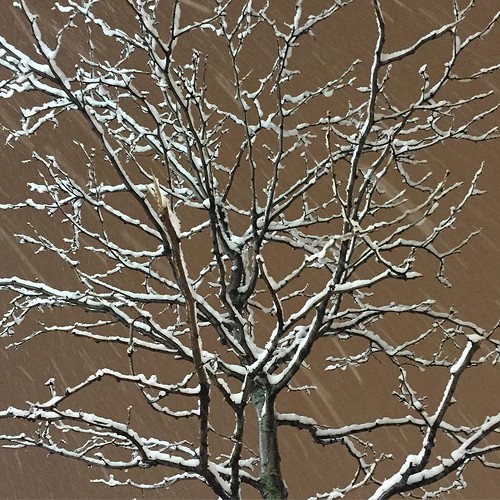 Comments Off on adulting is hard.